President Xi has once said in an encouragement note to the youth: “The young generations are both a dream pursuer and fulfiller. Youth is a new power that can change the world.”  Coincidentally, the World Economic Forum also pays close attention to the power of youth, and therefore established the ‘Young Global Leader’ Award to encourage those influential and leading global youth representatives.

Each year, the World Economic Forum, along with Queen Rania of Jordan as Chairman and a committee comprised of a dozen of global influential representatives, selected the “Young Global Leader” from thousands of nominees around the world, in an effort to recognize exceptional representatives from around the world in each geography for different industry.  Historically, elite representatives who have been awarded the title of “Global Youth Leader” include: Emmanuel Macron (French President), Jack Ma (Co-founder and Board Chairman of the Alibaba Group), Leonardo DiCaprio (actor), Larry Page and Sergey Brin (Co-founders of Google), Mark Zuckerberg (Founder of Facebook) etc.  The seven co-chairs of the 2019 World Economic Forum's annual meeting in Davos, with the exception of Microsoft CEO Satya Nadella, the other six are young people from the World Economic Forum's global youth leaders.

During this year’s World Economic Forum Annual Meeting in Davos, being the only Hong Kong-based financial institution that is a global strategic partner of the World Economic Forum, AMTD Group put in great effort to establish the "AMTD House" in Davos, and gained the attention and support of the “Young Global Leaders”. This is the second year for AMTD Group to establish the " AMTD House" in Davos during the World Economic Forum Annual Meeting, and we are the only Hong Kong based company, as well as being one of the few Chinese companies, that has established its own corporate center in Davos for two consecutive years, showcasing Hong Kong enterprises’ achievements to global political and business leaders. The host of " AMTD House", Mr. Calvin Choi, Chairman and President of AMTD Group, Founder Chairman of the Greater Bay Young Entrepreneurs Association, was awarded the title of “Young Global Leader” by the World Economic Forum in March 2017, and become the first elected representative from a Hong Kong-based financial institution. 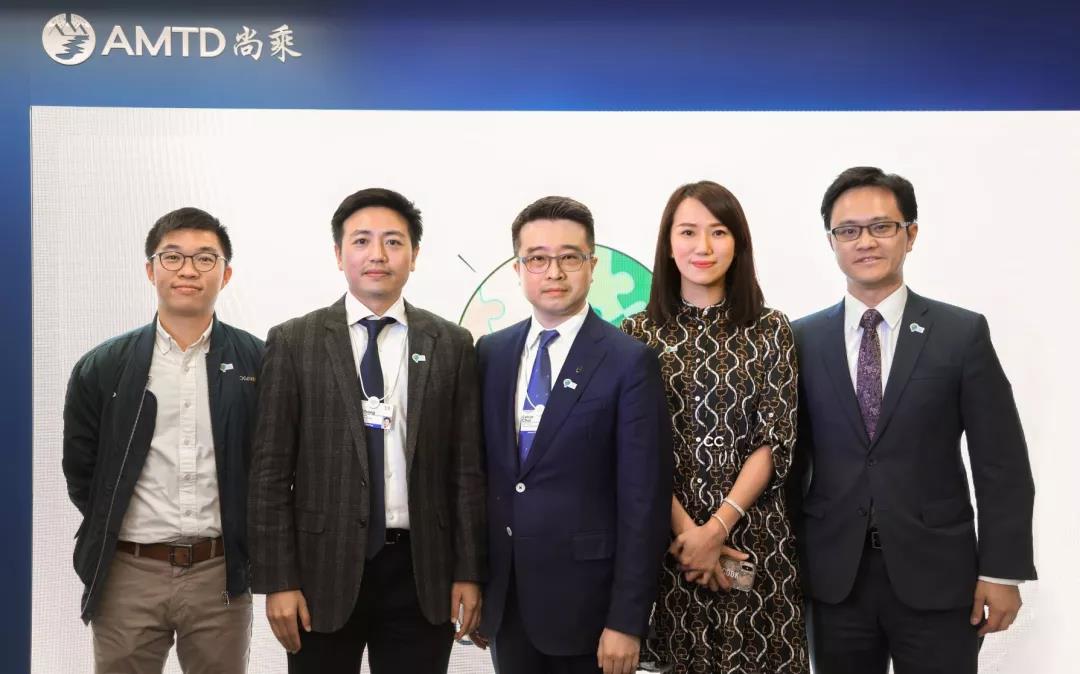 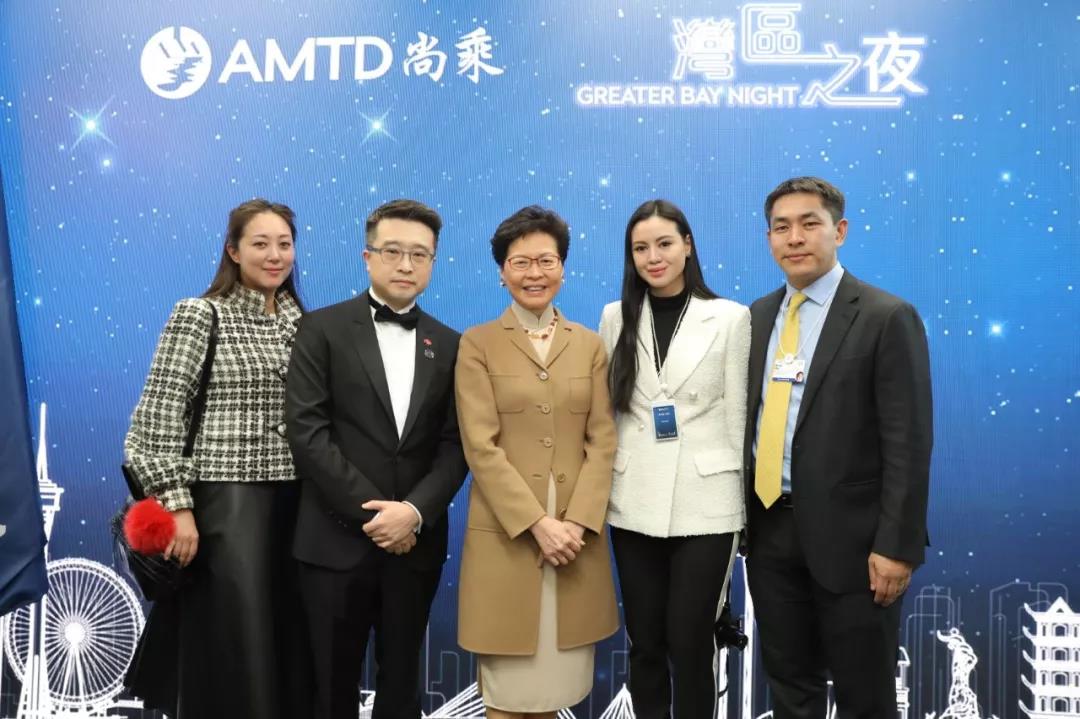 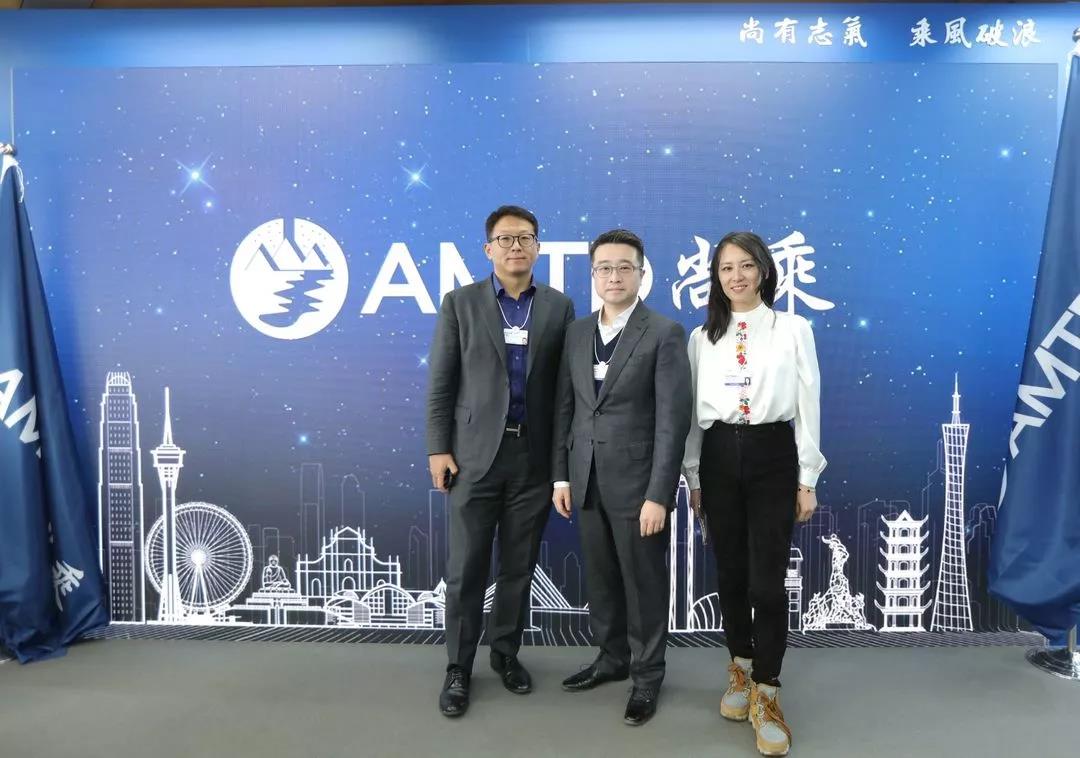 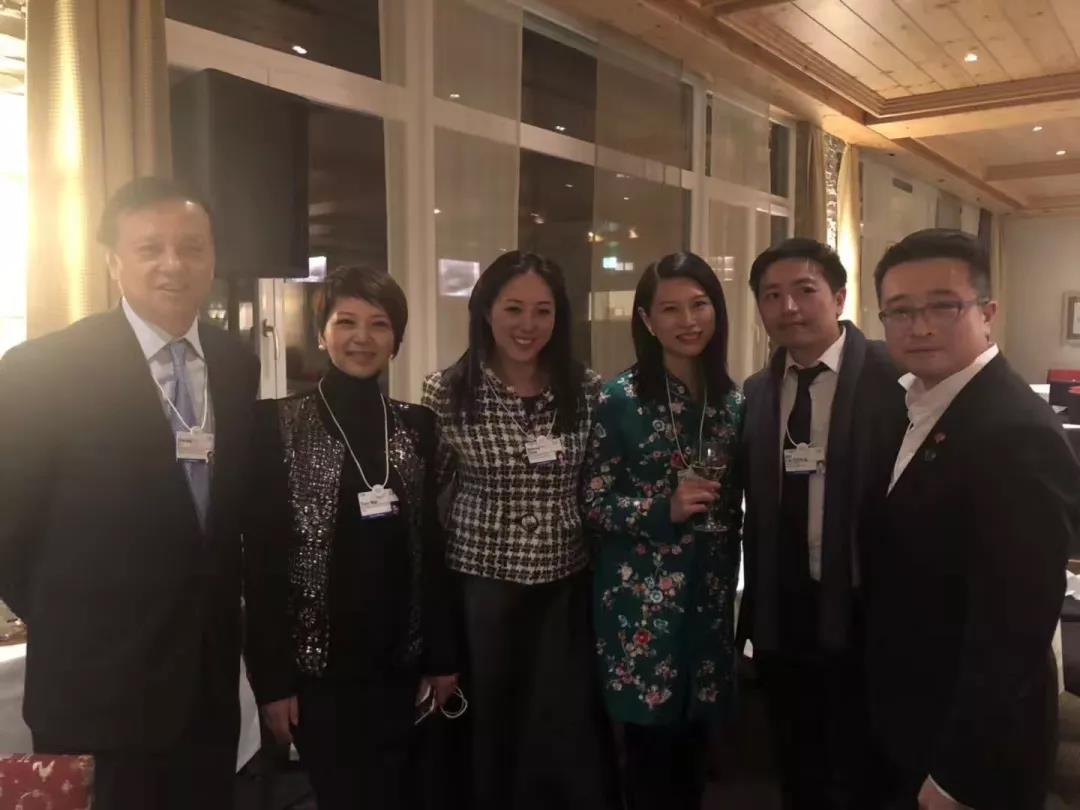 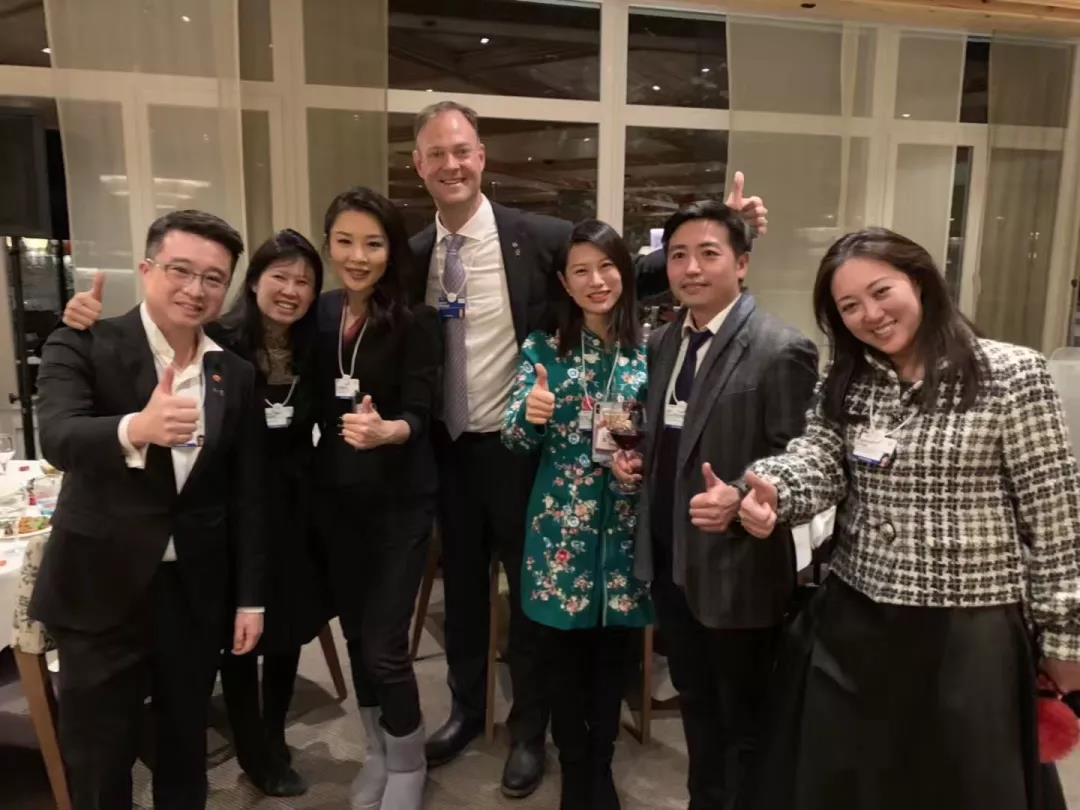 Moreover, with the supported of Dr. Annie Wu, Standing Committee Member of 10-12th CPPCC National Committee, Honorary Consul for Tanzania in Hong Kong and Macau, AMTD invited student representatives from The Chinese Foundation Secondary School to give a special performance, with clarinet performance of the song “Under the Lion Rock”  and “the Pearl of the Orient”, and Chinese Kung Fu, through this global stage showcased the Hong Kong young generation’s enthusiasm and achievements to our guests from China and globally. 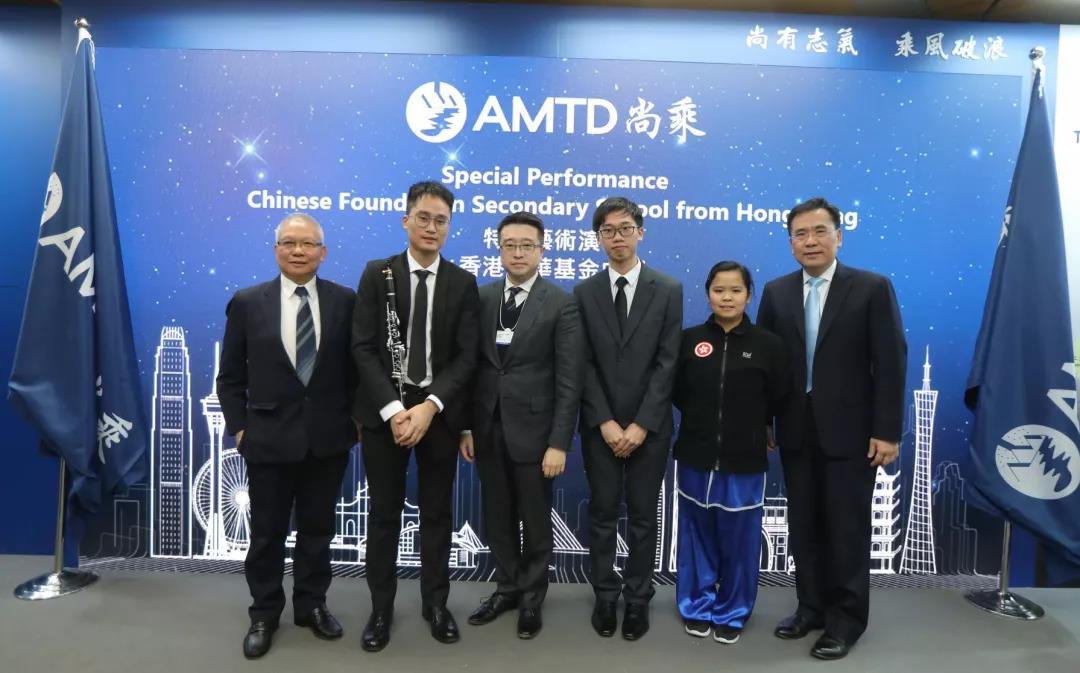 AMTD Group has always been committed to support the promotion of youth innovation and education, and encouraging more young people, from Hong Kong as well as the Greater Bay Area, to embrace the country’s strategic plan by planning their career to help build a better Hong Kong and contribute to overall development of the Greater Bay Area. During this year’s World Economic Forum Annual Meeting in Davos, AMTD Group, together with technological and innovative companies from the Greater Bay Area, jointly established the “Greater Bay Young Entrepreneurs Association” and successfully held the “Davos AMTD -Greater Bay Young Entrepreneurs Day”. We have invited Paul Chan, Financial Secretary of the Hong Kong S.A.R., Zhiying Chan, Executive Vice Mayor of Guangzhou Municipal Committee, Bin Qi, Deputy General Manager of China Investment Corporation, and Edward Yau, Director of the Bureau of Business and Economic Development of the Hong Kong S.A.R. to support and encourage youth innovation and entrepreneurship in the Greater Bay Area.

Last but not least, AMTD also actively supported, participated in, and helped establish the “Greater Bay Area Homeland Youth Community Foundation”, where Calvin Choi, Chairman and CEO of AMTD Group, was appointed as Vice Chairman of this foundation, and continued to support the exchange and entrepreneurial training for youths in the region. He is also appointed as the Honorable President of Hong Kong Army Cadets Association, to encourage and support Hong Kong young generation by providing training to strengthen their will, as well as learning discipline, teamwork, and hardship, and to prepare them to contribute to the growth of Hong Kong and serving the community. Furthemore, AMTD Group has joined with Hong Kong Polytechnic University (PolyU) to launch the AMTD FinTech Center of PolyU Faculty of Business, and with University of Waterloo to establish the University of Waterloo-AMTD Innovation Hub in Hong Kong.  AMTD also jointly hosted the Yabuli Youth Forum Innovation Annual Meeting 2018 in Hong Kong, as well as building a financial science and technology innovation laboratory with Chinese Foundation Secondary School to support Hong Kong youth innovation. 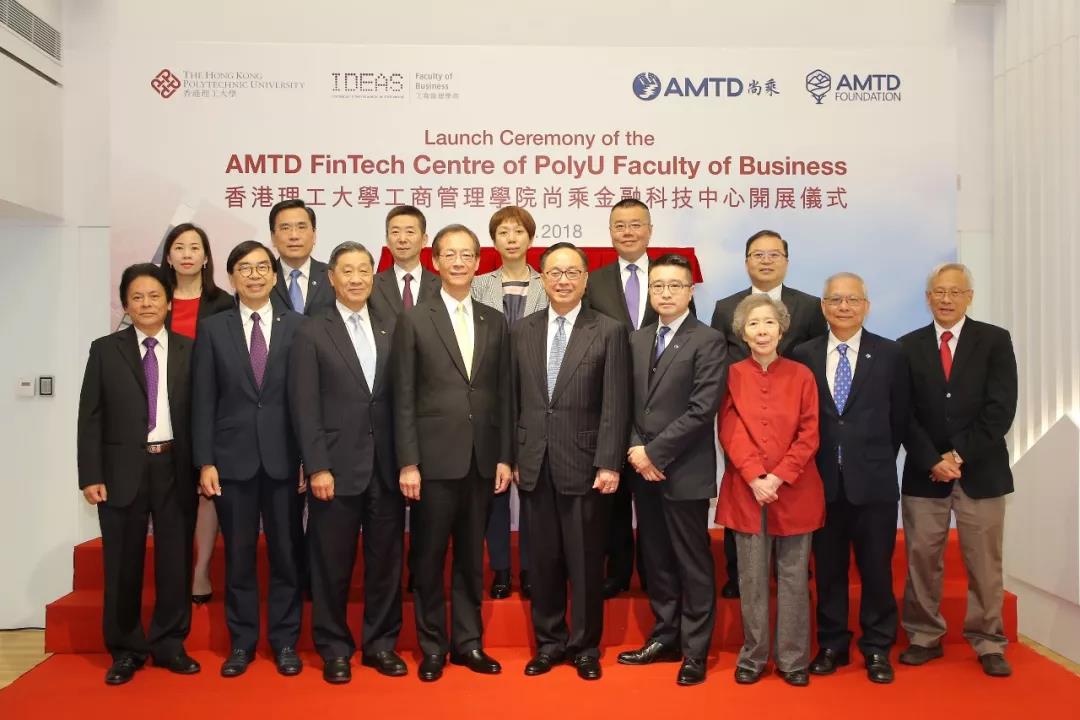 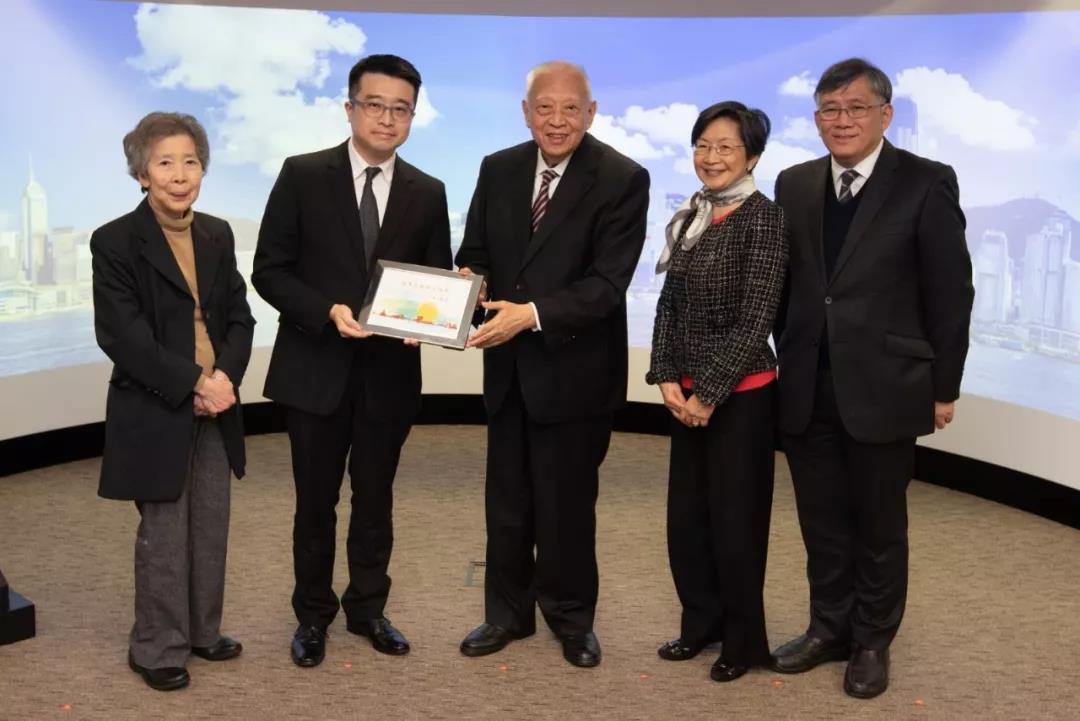 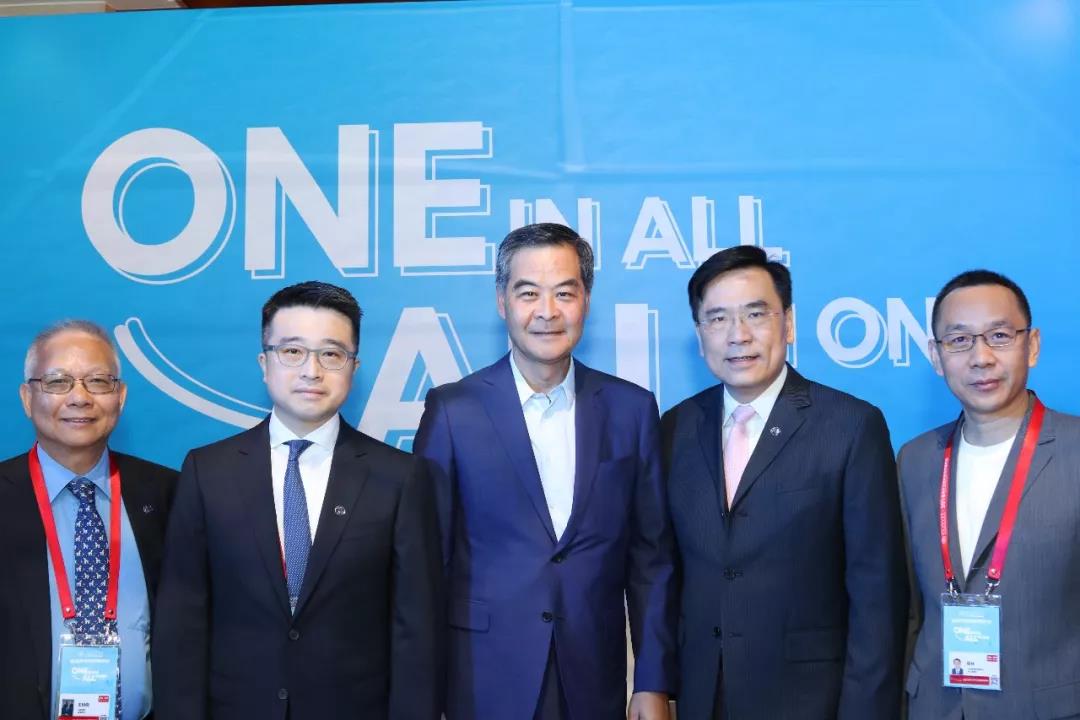 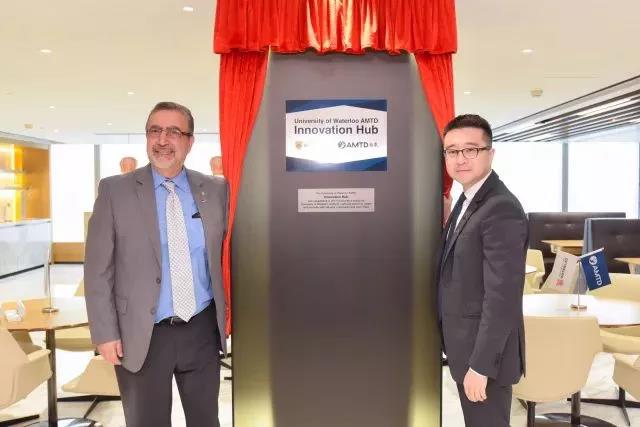 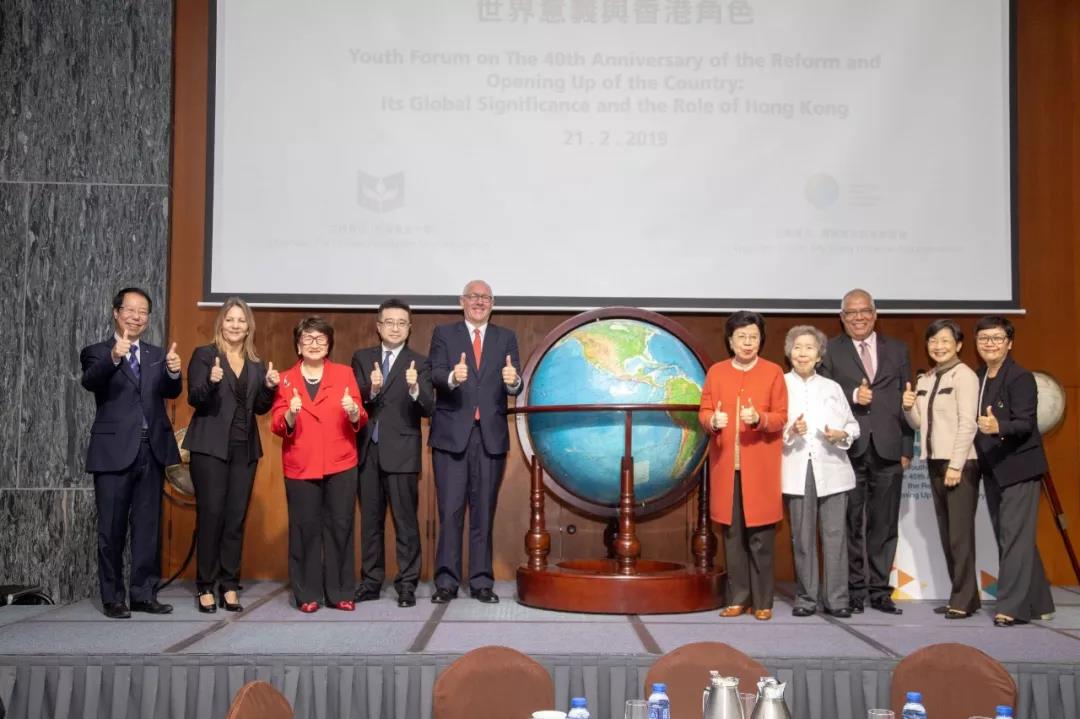 AMTD, Greater Bay Area Young Entrepreneur Association, along with the Chinese Foundation Secondary School hosted the “Youth Forum on the 40th Anniversary of China’s Reform and Opening Up”